More Votes for Women Blocks and A Book Review

Modern life is crowded. Isn't it? 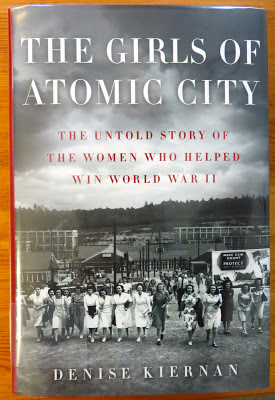 I thought it would be fitting to add the latest book I finished to this post since it relates to women's history and the changing role of women in America:  The Girls of Atomic City:  The Untold Story of The Women Who Helped Win World War II by Denise Kiernan.  I highly recommend this book to anyone who is interested in history in general, women's history, World War II history, America during the early to mid-20th-century, social history, or just a really well written book about something that is not well known.  The book was particularly fascinating to me because although I've read a lot of WWII books, I never read a book that focused on the Manhattan Project and development of the atomic bomb.     Most of the books I've read have focused on the beginning of the war or the war in Europe.  This book is more of a social history about the Oak Ridge, Tennessee, development and the workers, particularly the women, who worked there.   Intertwined throughout the book is a discussion of the discovery of fission and development of the bomb to provide context.  In fact, I think I liked this book so much because the author did a great job of putting gender roles, ideas, social mores, this part of the country (the South during Jim Crow), and the time period in context.  Ms. Kiernan also discusses the stories of women from a wide range of socio-economic classes, education, and life experiences and most importantly, includes the stories and experiences of African Americans at Oak Ridge.  In my opinion, this was a fascinating read and it is amazing to think that a place as large as Oak Ridge and the development of atomic bombs could be kept secret for so long, particularly as compared to today's world of everything everywhere being facebooked, instagramed, and tweeted.  If you read this book, let me know what you thought of it.

If you made it all the way to the end of this post, here's a gratuitous Remy photo just for you! A Finish for May 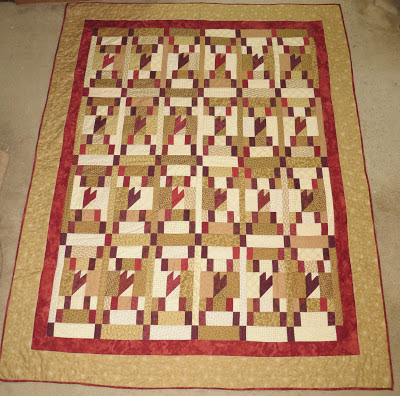 The second gift quilt is finally quilted and bound. Hooray!!!  I quilted this myself with some simple stitch-in-the-ditch and the great wavy line patten in the borders.

It's a good size lap quilt  (or couch quilt as I call it) with extra borders that were not part of the original pattern.  The pattern is Blaze's Star by Buggy Barn quilts.

This was a project from my sewing group many, many moons ago (back when Silver Thimbles was called Stitch n' Sisters).  The top was nearly finished and needed borders and was waiting for a good home. I added slightly smaller boarders and then it was ready for quilting and binding. 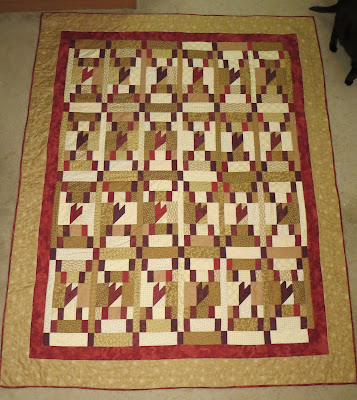 This is a belated wedding present for friends of mine.  I thought the hearts were fitting for a wedding quilt.

In this second photo, you can see Gomez trying to photobomb the quilt.  Gotta be fast to not get one cat or another in a photo at my house.
Posted by Gretchen at 3:50 PM 4 comments:

I hope everyone had a great mother's day yesterday.  I celebrated Cat-Mom Day since I had a rare mother's day Sunday off from Starbucks.  The cats decided to celebrate Cat-Mom Day by waking me up every half hour beginning at 4AM and continuing until I finally relented and got out of bed at 8ish.  Apparently, the cats did not get the memo that the only thing I wanted to do was sleep in for a change....

Of course, being cats, they were all back to sleep by mid-morning....
Case in point:  Remy basking in the sunlight.  I *may* have woke him up after taking this photo.
I did get some sewing time in this weekend and since it's nearly halfway through May, I thought better get caught up on those BOMs and BOWs that keep rolling on in.

First up, this week's Votes for Women block. An easy peasy one for a change. 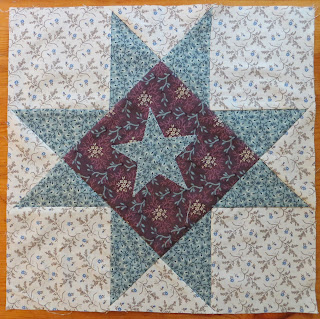 The Civil War Dixie Diary BOM for May and April (below) 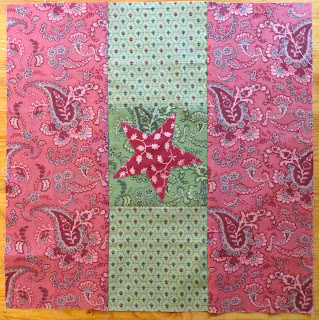 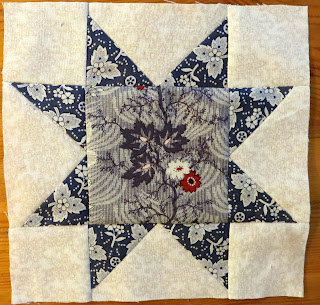 More Votes for Women:  catch up blocks from December. There are 10 more blocks to go and I am still 9 blocks behind so it is a race to catch up to the end.  I hope to get more done this week.

I have no good title in mind for this post

I've gotten waylaid on both quilting and organizing this past week.
And because blog posts with no photos are no fun, I'm including some flowers from my yard.


S.'s parents visited from out-of-town for the weekend and we had great fun in spite of the 3 inches (!!!) or so of rain that we had in 2 days.  Instead of outdoor site-seeing, we went to two museum exhibits and dashed around with umbrellas and soggy shoes.

This week I came down with some sort of evil cold virus and was waylaid in bed all day Wednesday on my day off.  Lucky for me I had two looooooong movies to watch.

Gomez and I watched The Hobbit. Wish I had seen it on the big screen but Gomez wouldn't have been able to come to a movie theater and he enjoyed sleeping on my shoulder for 3 hours.

Then Stella and I watched Lincoln. I knew this was going to be a great movie and it was.  Stella slept curled up next to me for the nearly 3 hours of this movie.  She completely missed Daniel Day Lewis' Oscar-winning performance.  So that is all that is new here.  I'm finally starting to feel a little better so there is hope for some sewing this weekend. Fingers crossed. 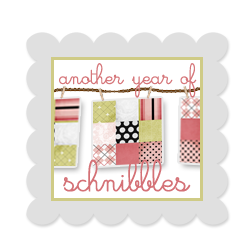 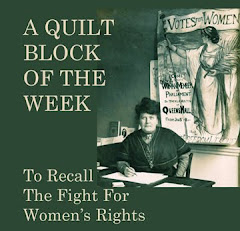